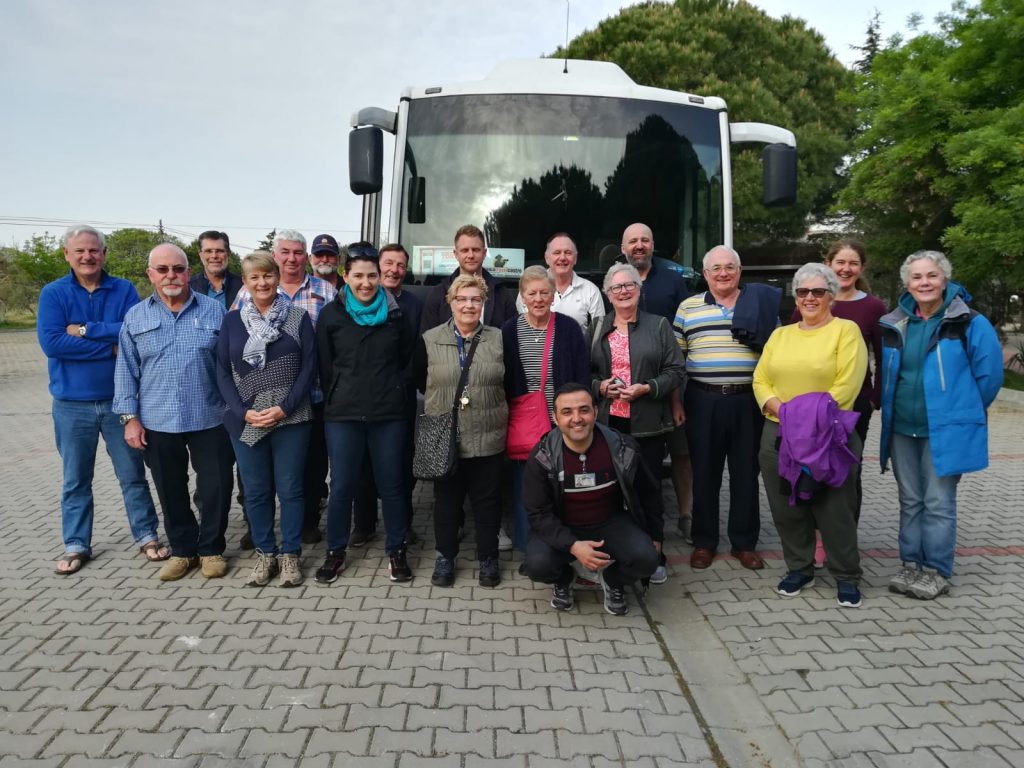 Another April has come and gone and, along with it, another visit to Gallipoli. This year I completed my 13th battlefield tour of the iconic site; something that never gets old. People ask me if I get tired of going to the same place each year and I can honestly say that I don’t, for several reasons. First, I love Turkey in general, and Gallipoli in particular. The Turkish people are welcoming, warm hearted and generous. You only have to read the statement to Australian mothers by Mustafa Kemal Ataturk, displayed at Anzac Cove, to get an understanding of the feeling that exists between our two nations.  The Gallipoli battlefield should resonate with all Australians. While the last three years of the WW1 Centenary period focussed attention on the Western Front, we should always remember that the AIF story didn’t start there. The strength of the force was first tested at Gallipoli and the spirit that carried it through the rest of the war was born there. Second, while the story being told is the same each year, the audience isn’t and that’s what keeps me interested.  I’ve always been blessed with good tour groups and this year was no different. The class of 2019 were interested, attentive, cooperative and great travelling companions – you can’t ask for more than that. Groups that mix so well, and get involved in the story, bring the tour to life. It’s the chance to meet new people with a shared interest, or to assist someone to bring a family story to a conclusion, that keeps me coming back. Third, there is always the chance of satisfying a curiosity arising from the story. This year I had a 10-day layover in Canakkale, waiting for a second group to arrive and it provided a Gallipoli highlight for me. Every tour, we talk about the part that the island of Imbros (Gökçeada since 1970), lying soberly off the Anzac coast, played in the campaign and I’ve always wanted to go out there.  So, with time available, a Saturday morning saw me and my Gallipoli team-mate, Dr. Sinan Gőkdemir from the Canakkale University, heading to the ferry from Gaba Tepe. Sustained by a breakfast of bread, cheese and olives during the one and a half hour crossing, and a lunch of roasted goat meat on the island, we spent the day locating General Hamilton’s headquarters, the naval anchorage, the journalists’ camp and the airfield. These are all sites I’ve talked about and have always wanted to see. On the subject of food, there was another highlight that should be part of any visit to Gallipoli. A family from Konya in central Anatolia, an area famous for pide, has opened a restaurant in Canakkale. The signature dish is a metre-long pide, served on a board! To borrow from Crocodile Dundee “…that’s a pide!” Sinan and I only managed three visits there. The ten-day break came to an end with a return to Istanbul airport to pick up the second tour group – the Australian Cricket Team on their way to the World Cup in Britain.  Boronia had been asked to give them the Gallipoli experience, as part of their preparation, and I was lucky enough to get the gig. The following five days touring the peninsula with them was most enjoyable and rewarding. We wish them every success in the competition. That was my 2019 Gallipoli experience. After 104 years the story remains as inspiring and meaningful as ever. If you haven’t been, or if you began your exploration of the AIF story on the Western Front, think about Gallipoli, where it all began. With a fair wind, and providing the creeks don’t rise, I’ll be going next year. It’d be great to see you there.
This entry was posted in Battlefield Tour Highlights, Travel Advice, Traveller Tips and tagged Gallipoli Battlefields, Gallipoli Tour. Bookmark the permalink.

One Response to Reflections on Gallipoli