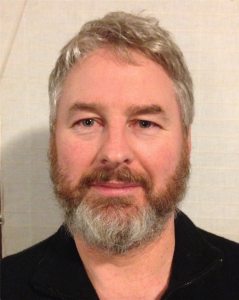 Nick Fletcher has worked at the Australian War Memorial for more than twenty years. Much of his early time was spent as part of the Travelling Exhibitions Unit, which develops and tours AWM exhibitions all over Australia. In 2000, he transferred to the Military Heraldry and Technology Section as a curator, and became Head of this section in 2010, a position he still currently occupies. In 2011, he transferred temporarily to the Exhibitions Section as Concept Leader for the centenary redevelopment of the Memorial’s First World War galleries, remaining in this role until the new galleries opened in early 2015.

Keenly interested in Australian military history, particularly of the First World War, Nick was selected to participate in the joint Australian War Memorial – Imperial War Museum staff tour of Gallipoli in September 2000, and to accompany the eight young winners of the Simpson Prize on their visit to Turkey the following year. In 2002, he led a group from ADFA, comprising cadets, instructors and family, on a tour of the Western Front, and from 2003, he was the leader of AWM groups on the battlefield tour of Gallipoli and the Western Front. In 2009, he became the first Memorial curator to travel to Australian bases in Afghanistan, returning in 2011 and 2015 for further visits.