Tour Cost: $485 per person (Based on 2 adults travelling together)
Fully Escorted, Daily Departures

The campaign was short, fast-paced and vicious. While ships of the RAN and units of the RAAF were part of Australia’s commitment, the majority of the action took place on the ground, in the southern Malayan state of Johore and on Singapore island. It is probably the least known of Australia’s commitments, mainly remembered for the long and terrible period of imprisonment that followed the surrender.

This fascinating day tour is operated by our local battlefield experts who have an excellent knowledge of all battles and sites in Singapore. The significance of each battlefield location is fully revealed and brought back to life for you, through the eyes of a soldier.

The Singapore Day Tour commences from 8am with a pick up service available at your hotel. The tour ends at 5pm with you returning to the hotel. 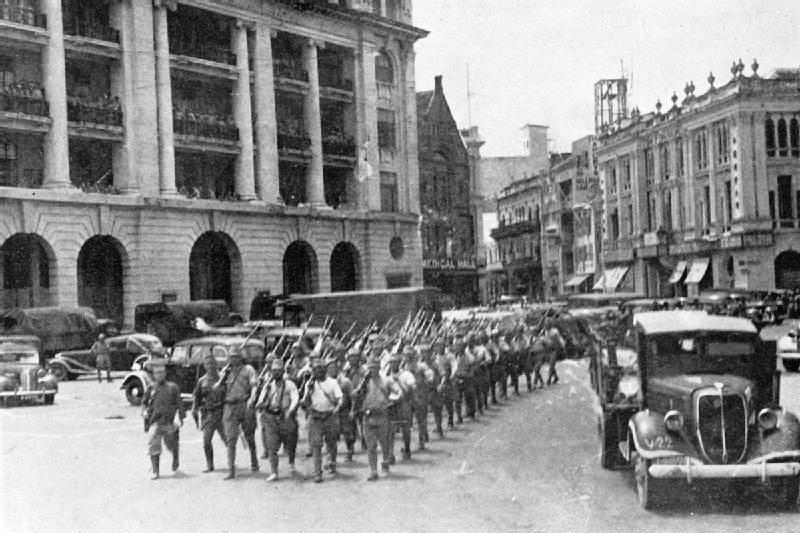 Boronia Travel Centre also offers a 2 day option if you would like to relax and have a bit more time. Contact us to find out about our hotel options. We have exclusive rates available.

Rest assured, your booking is guaranteed once you receive confirmation via email. As we are based in Australia please allow up to 24 hours to respond to your booking request. However, we will endeavour to get back to you well within this time period to ensure your preferred date of departure.

I wanted to thank you for your wonderful service on our recent trip. Our guide was fantastic!! His historical knowledge was amazing and he delivered it in a very interesting way that painted a picture of the past in excellent English. We enjoyed his company enormously and found that his grasp of Australian humour was refreshing! I would recommend your Company to anyone.
Diane Kinnane

“We would like to thank Boronia Travel for their exceptional organisation of our very all too brief tour recently. Our guide was exceptional and a great person. We were particularly pleased as he just knew everything and for my husband and son who this was for, were overwhelmed with his knowledge. We thank Boronia to being a part of it.”
Susanne and Russell Hardy

“…thank you and all your staff for another great trip. It makes it so much easier for this author to have everything in the travel department taken care of so well… “
J Hamilton, Brighton

It is extraordinary to find someone who is so experienced, helpful and willing to offer assistance…”
C Kelly, Aspley

You and your team should be very proud of your efforts. My wife and I have become a “two-person” promotional team for your tours – spruiking the depth and quality of our experience to anyone willing to listen!”
S Welsh, Melbourne

“We had a wonderful time with lots of interesting and enjoyable stories to tell…”
G Hickingbotham, Gisborne

We don't just specialise in battlefield tours. Our travel consultants have travelled the world and have experience in specific regions, travel styles, and all different travel types. Plus, with our vast network of travel partners we can organise anything to suite your needs, including cruises, coach tours, accommodation, car hire and virtually any special travel request.

We'll save you time

Booking your entire trip online can be really time consuming. Just think about connecting flights and transfers, picking the perfect hotel or resort (and trusting the online reviews). Even deciding on the best tour operators and managing all of the other tasks of building a trip can be daunting. Let Boronia Travel take care of the finer details so you can focus on the fun stuff.

When working with Boronia Travel you benefit from the personal connections of our experienced consultants and the helloworld brand for insider knowledge, custom itineraries and special promotions. We'll also save you money, often a lot of money, rather than you trying to do it all yourself.

Do you like dealing with an online booking system, or talking to a voice operating machine? Our clients certainly don't! That's why Boronia Travel offers the personal touch, which means you have access to an experienced travel consultant that provides insights, recommendations and support before, during, and after your trip.

As passionate and experienced travellers ourselves, we understand what goes into making a great trip and have always gone the extra distance to make sure your holiday is your best one yet. Our dedicated travel agents will oversee every last detail of your itinerary, so all you need to do is relax and enjoy the journey.

We've got your back

Boronia Travel is an ATAS accredited agent, which means you're in safe hands and can travel with confidence. If something goes wrong during your trip, our travel consultants will be able to help assist you in arranging alternative travel arrangements, help you to deal with any travel emergency, and put you in touch with the right people to help you with your situation.

We are the Official Battlefield Travel Agent for